The Buffalo Bills traded for wide receiver Stefan Diggs this offseason and now Bills quarterback Josh Allen’s stock in fantasy football is quickly rising. In 2019, receiver John Brown led the Bills with 72 catches for 1,060 yards and six touchdowns. But Diggs is a much more versatile receiver and gives Allen a more consistent pass-catcher to target.

Where should fantasy football players draft Allen and Diggs? Sports Illustrated’s Shawn Childs and Jaime Eisner analyze Buffalo’s playmakers and highlight when their top offensive options should be drafted.

For the full transcript, read below:

Corey Parson: Hey, what’s up, it’s Corey Parson, the fantasy executive here for SI.com. Fantasy football season is right around the corner. Joining me to talk some Buffalo Bills is SI fantasy and gambling analysts Shawn Childs and Jaime Eisner. Jamie, I want to start with you, because I’m hearing a lot of talk about how Josh Allen is supposed to be this big time sleeper quarterback this year. Talk to me about Allen and the rest of the Bills’ passing attack.

Jaime Eisner: Well, it’s hard to be a sleeper if everybody kind of has the same opinion. Looking at expert rankings, looking at early ADP, he’s a clear top ten quarterback going. And really in the top eight and I see him go as high as around five or six. So there’s not going to be any sort of sleeper value there. Last year, he finished the QB 6 in overall points, was the 9th QB on a per-game basis. You know, I think he can be right around that mark as a QB 1 again. I don’t see him being a top-five guy given some of the other guys at the position. I don’t think the Bills are going to completely change the way they operate their offense and suddenly become a pass-heavy, 30 plus attempts per game. You did take a step forward last year. He does have Stefon Diggs this year and returning John Brown and Cole Beasley, which are all nice weapons to have. But I think what you got last year is about the peak of what you can expect.If you get the six best quarterback in the draft in Josh Allen, I think you’ll be pretty happy. I’ll push back that he’s still a sleeper at this point.

Corey Parson: Shawn, second-year running back Devin Singletary shows some flashes when he was healthy last season. What’s your outlook for him going into this year?

Shawn Childs: He’s a really intriguing player. Over the last nine games last year, including the first game of the playoffs that they played, he averaged close to 19 touches, 873 yards, a couple touchdowns, 26 catches. And the trick here is that he’s going to get a lot of attention in fantasy drafts this year. We know Josh Allen is going to seal some touchdowns and then he brought in Zack Moss, who is kind of a bigger back that might be a factor at the goal line. So, you know, does Singletary have questionable value going upside as far as touchdowns and will the running back position in Buffalo catch enough passes? I like what he can do, I like what he brings to the table; gained over five yards a rush for us last year. He has an ADP about 34, which as the 20th running back coming into the year, seems a little bit high, but for his skill set, I got him projected for 13 or 39 yards, eight touchdowns, 44 catches and he’s the guy that could press forward. Just a little bit on the back of the mind, I worry about Moss stealing a little bit of action. I’m just concerned about the touchdown but Singletary is a very attractive upside player this year.

Corey Parson: Oh, yeah, no doubt about it. Thanks a lot. Well, listen, if you haven’t seen Zack Moss play, he’s a pretty good running back as well. Its going be interesting to see how that situation shakes out in Buffalo. For the latest from the NFL and fantasy football, make sure you stay tuned right here at SI.com.

Two years ago, the Bills moved on from their bizarre saga with Richie Incognito. They released the offensive lineman from the reserve/retired list, paving the way for him to play for another team. At the time, no one knew whether the veteran would get that opportunity.  Incognito, a four-time Pro Bowler and one of the league’s […] 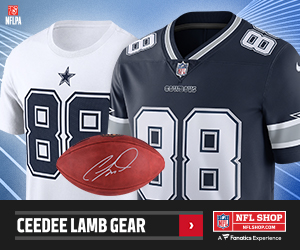