When making NFL playoff predictions, consider the recent struggles of quarterbacks making their first start in the playoffs. (Photo credit: Troy Taormina-USA TODAY Sports)Road teams went 140-106-10 against the spread during the 2019 NFL regular season. Road underdogs hit at an 87-60-8 mark. While the road team serves as the underdog in both AFC Wild Card games Saturday, there’s a much more intriguing betting angle we can work into our NFL playoff predictions for the AFC Wild Card Round.

The Bills are one of the more polarizing teams in the NFL playoffs. Buffalo possesses a Super Bowl-caliber defense, but the offense leaves a lot to be desired. There are also concerns as to whether the Bills were the benefactors of a weak schedule.

The Bills went 1-4 outright against playoff teams this season.

If Buffalo is going to have any success in the playoffs, the defense is going to have to carry them. The Bills breathed a sigh of relief Wednesday when starting cornerback Levi Wallace returned to practice after sitting out Tuesday. Wallace suffered an ankle injury in the season finale. The Bills will need all the help they can get in the secondary against a very good Texans receiving unit.

It’s especially important that Wallace be healthy because Texans wide receiver Will Fuller could return Saturday from a groin injury.

If Fuller is healthy, he creates a huge matchup issue for the Bills. Even though DeAndre Hopkins is Houston’s No. 1 receiver, Texans quarterback Deshaun Watson sees a major uptick in production with Fuller on the field.

ESPN notes Watson’s passer rating increased from 89.8 to 104.3 when Fuller played this season. Watson’s QBR also saw an increase, going from from 64.4 to 77.3. Over the course of a full season, a 77.3 QBR would trail only NFL MVP candidate Lamar Jackson’s 81.7.

One injured player the Texans will see returning for the AFC Wild Card Round is defensive end J.J. Watt. O’Brien told the media Thursday Watt will not only play, but “he’ll be in there quite a bit.”

Watt is somehow returning from a torn pectoral muscle two months earlier than was originally estimated. He will wear a protective harness Saturday, but reportedly has no lingering issues.

It should come as no surprise that the Texans suffered mightily on defense with Watt out. Any concerns about the Texans’ inability to get after the quarterback or stop the run must be minimized with Watt back on the field.

With Watt in the lineup, the Texans should be able to keep Bills quarterback Josh Allen in the pocket.

Allen thrives most when he’s able to use his legs as well as his arm. That doesn’t mean solely as a runner. Allen can extend plays by running around and waiting for coverage to break down. Should the Texans be able to get pressure on Allen, it will take that ability away.

Rookie running back Devin Singletary could be as important as Allen if the Bills are going to pull off the upset. In addition to Singletary’s running ability, Allen sees his passer rating and QBR rise by nearly 10 points with Singletary on the field.

Singletary rushed for an impressive 5.1 yards per carry in 12 games this season, which was good for fourth in the NFL. Watt adds such a different dynamic to the Texans’ run defense, that I’m willing to ignore that Houston ranked 27th in yards allowed per rush (4.8) this season.

Surprisingly, Allen performed much better on the road this season than at home. Allen saw noticeable improvements in completion percentage, yards per pass, passer rating, and touchdown-interception ratio. But the NFL playoffs are a different animal.

With that large sample size, as well as a few other factors previously mentioned, let’s take the Texans at less than a field goal.

Even before seeing the above statistic about quarterbacks making their first start in the playoffs, forgive me if I’m still not sold on the Ryan Tannehill experiment going on in Tennessee.

The Titans have gone 7-3 since giving the keys to Tannehill, going 2-2 against teams currently in the playoffs. However, one of those wins came in Week 17, when the Texans rested a bunch of starters with the AFC South already wrapped up. In the other, the Titans beat the Chiefs, 35-32, in Week 10, but Tennessee allowed 530 yards of total offense in a box score that makes zero sense.

It should also be noted that the Titans played the fourth easiest schedule this season according to DVOA.

In the interest of fairness, the Patriots played the easiest schedule, according to DVOA.

If the Titans are going to beat the Patriots, running back Derrick Henry needs to have a big game.

The Patriots possess a much better run defense than the Texans and Chiefs. New England tied for 13th in yards allowed per rush, Houston sitting at 27th, and Kansas City 29th.

Henry rushed for 211 yards when the Texans had nothing to play for in Week 17, 188 yards in the win over the Chiefs, but just 86 yards when the Tennessee lost to Houston in Week 15. Perhaps it’s no coincidence Henry did not play in Week 16’s 38-28 home loss to the Saints.

The Titans led the NFL in red zone offense, scoring a touchdown on 75.6 percent of their red zone drives. A whopping 8.4 percent higher than the next best team, according to ESPN’s NFL Matchup. That’s simply unsustainable, especially when you consider the Patriots led the NFL in overall touchdown defense rate at 10.3 percent.

That’s not to say the Patriots haven’t had any struggles of their own. You don’t need to take a deep dive to see these are not the same Patriots as recent vintage.

After all, the Patriots could not put away the Dolphins in Week 17. As a result of the loss, the Patriots are playing in the AFC Wild Card Round for the first time since 2009. That’s going to put a serious dent in New England’s chances to win the Super Bowl, but we just need them to cover Saturday.

Outside of quarterback Tom Brady not having many weapons to work with, the offensive line has been playing poorly. A bad offensive line shouldn’t be as much of an issue against the Titans considering they don’t get after the quarterback much.

White has four touchdown receptions in his last five games.

It’s because of Tennessee’s reliance on the running game that I think they are a risky team to side with here. Should the Titans fall behind, I simply don’t trust Tannehill to take over in the passing game. None of this even factors into what Patriots head coach Bill Belichick has in mind to scheme against him. In a battle between Tannehill and Belichick, I like my chances with Belichick.

While the Patriots look as vulnerable as they have in quite some time, I just can’t picture any scenario where the Titans walk into Gillette Stadium and beat the Patriots outright. Admittedly, I don’t love the idea of laying 5.5 points with the way the Patriots have looked on offense. But I think too many matchups favor New England in this spot to worry about it when making my NFL playoff predictions.

Note to readers: we may earn a commission from the offers and links on this page.

Buffalo Bills Get Solid Grades For Performance In NFL Draft

The Buffalo Bills have been moving in the right direction as a franchise ever since Brandon Beane and Sean McDermott joined the team in 2017. The duo is responsible for ending the team’s playoff drought and getting the team to the postseason two times in the past three years. Just making the playoffs in 2020, […] 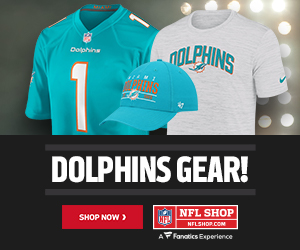