Throughout the year and leading up to the 2021 NFL draft, we will update our Dallas Cowboys Mock Draft Roundup showing picks for the Dallas Cowboys from several prominent sites and draft analysts.

The following are picks in recent mock drafts for the Cowboys:

Classic boom/bust scenario if Paye has played his last collegiate snap. The No. 1 athletic “Freak” on Bruce Feldman’s list this fall, the 6-4, 271-pound Paye boasts an insane 6.37 second 3-cone, which would have topped all participants at the 2020 combine. Paye also has tested better than any defensive lineman or EDGE at the 2020 combine with a 4.57 forty and 4.15 pro shuttle time. Paye also owns a 34-inch vertical, 30 reps on the bench press, and a mind-blowing 11.3 in the 60-yard shuttle. Paye is extremely raw, more ball-of-clay-athlete than pure pass rusher at this time, but he still posted 50 tackles, 12.5 TFL and 6.5 sacks last season in his first year as a full-time starter, with a solid 77.8 PFF pass-rushing grade.

The Cowboys are entering 2020 with a hope and a prayer at the cornerback position after losing Byron Jones in free agency. Surtain could change that. He was starting as a true freshman for the Tide back in 2018 and earned a 78.7 coverage grade that season. At 6-foot-2, 202 pounds, Surtain has an ideal size-and-length combination, but his lack of elite speed could drop him a bit.

NFL franchises need to cut their current roster to 53 players by September 5th at 4:00 p.m. ET.

With NFL training camps opening up, we will track 53-man roster projections for the Dallas Cowboys from various local beat writers.

Here is where the Dallas Cowboys rank in terms of average, best and worst in our consensus Post-Draft NFL Power Rankings:

Below you will find a post-NFL Draft roundup for the Cowboys in our consensus 2020 NFL Power Rankings.

It’s a slight climb since our last rankings, in which the Cowboys were No. 12 after free agency, after what was widely considered to be a very good draft by the Jones family. None of us could have imagined CeeDee Lamb falling into the Cowboys’ laps, and while wide receiver wasn’t a pressing need for the Cowboys, the reality is that it looks like their best chance to win this year is going to be through a loaded, high-scoring offense. And things are as optimistic as ever in Dallas.

They had a nice draft, and receiver CeeDee Lamb will help the offense, but does the Dak Prescott contract situation impact this team? I think it can.

Below you will find theweekly NFL regular-season schedulewith results for the Cowboys in 2020.

The Dallas Cowboys have the 30th-most difficult schedule based on the record of last year’s opponents (2020 NFL strength of schedule).

The table below are all of the 2020 NFL Draft picks selected by the Dallas Cowboys.

Taking an average of thefantasy football points allowedin 2019 by every team’s 2020 opponents, we have an idea of how easy or difficult the upcoming schedule is for each team’s position groups for the 2020 season.

Below is where the Dallas Cowboys rank in 2020 Fantasy Football Strength of Schedule:

Not only do we have fantasy football projections by positions, we have team-by-team fantasy projections as well.

Here are our projections for the Dallas Cowboys running backs for the 2020 NFL season:

As we approach the 2020 NFL season, the tool that helps us understand where players are being selected, on average, is fantasy football average draft position (ADP).

Using data from Fantasy Football Calculator, we have set up pages for all fantasy-relevant players that depicts their current trends in standard-scoring and PPR-scoring ADPs.

The chart below displays the Fantasy Football Average Draft Position (ADP) movement over the past 30 days for Dallas Cowboys quarterback Dak Prescott in 12-team standard-scoring formats.

The franchise statistical leaders for the Dallas Cowboys are listed in the table below: 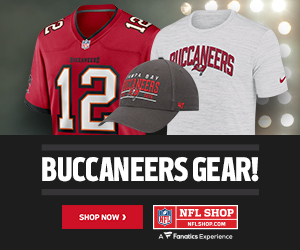