18. Chargers (22): Did you notice all 12 of Casey Hayward’s tackles Sunday were of the solo variety? That’s a crazy stat for a guy who plays cornerback. Nfl Los Angeles Chargers At Cincinnati Bengals

Free agency is around the corner and the Jacksonville Jaguars are surely ready for it. However, they will have another cornerback option in the open market, as the Los Angeles Chargers have released Casey Hayward Jr.

The Chargers announced they have released Hayward. Although they weren’t in serious need of cap space, releasing the 32-year old veteran freed up $9.75 million in cap space. A second-round selection by the Green Bay Packers in 2012, the Vanderbilt product hit his stride after signing a three-year contract with the Bolts in 2016.

Over his five-year stint in Los Angeles, Hayward appeared in 78 games, with 75 starts and logged 217 total tackles (four for a loss), 66 passes defensed, one forced fumble, and 14 interceptions. Moreover, he earned two Pro Bowl nods and was Pro Football Focus’ top coverage defender in 2017.

Should the Jacksonville Jaguars pursue Casey Hayward in free agency or pass?

Hayward would provide experience to the Jaguars’ cornerback room. Sophomore C.J. Henderson will likely claim one starting job but it’s uncertain who will line up opposite of him. Moreover, Sidney Jones, Greg Mabin, and D.J. Hayden are scheduled to hit the open market. The team re-signed Tre Herndon but they may be better suited for slot duties and struggled on an expanded role on the outside last season.

On the other hand, Hayward’s best days are probably behind him. Four years after earning a 91.1 Pro Football Focus grade, he posted a 59.5 mark in 2020. Also, he allowed opposing offenses to gain yards in chunks and gave up 16.3 yards per completion last season. Even though the Jaguars could sign Hayward at an affordable rate, there will likely be better alternatives in the open market.

If this Jacksonville team wants to sign a cornerback in free agency, they may be better off targeting William Jackson III or Malcolm Butler, who was recently released by the Tennessee Titans. Jaguars head coach Urban Meyer recently said that revamping the secondary will be a priority this offseason. However, Hayward might not be their best option to do so. 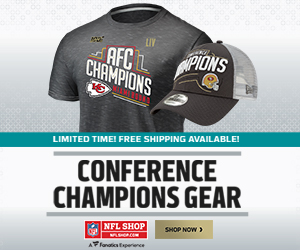