Cardinals: Our Achilles heel that could cost us a trip to the playoffs by Scott Rogust

Even though the Kansas City Chiefs will be one of the best teams in the NFL again next season, here is how a 17-game 2021 slate hurts the defending AFC champions in 2021.

With the NFL expected to go to a 17-game format, there has been a great deal of discussion over what the 17th game will be. We already know how the other 16 will shake out: Six in-division (home and away), four vs. one intra-conference division, four vs. one inter-conference division and two competitive balance games within the conference. A 17th will resemble the latter two games.

Though the game will reportedly be at Arrowhead Stadium, the Chiefs will have to play the best 2020 NFC Division winners in Green Bay. Of course, they also draw the worst NFC Division winner from a year ago in the Washington Football Team due to the inter-conference divisional rotation. However, the Packers should be better than the New Orleans Saints and the Seattle Seahawks.

Keep in mind the defending Super Bowl champion Tampa Bay Buccaneers did not win the NFC South last year. Though they are the favorites to do so in 2021, Kansas City does not get to face a declining Saints team without Drew Brees or a Seahawks team we are not totally sure is still a playoff team. Seattle just lost at home to the rival Los Angeles Rams in the NFC Wild Card Round.

The Chiefs vs. the Packers will make up for the potential Super Bowl matchup many fans wanted.

The Kansas City Chiefs are making sure Patrick Mahomes goes nowhere … until the next decade. ESPN’s Adam Schefter reported Monday the Chiefs and the Super Bowl MVP are in agreement on a 10-year contract extension that will carry the quarterback through the 2031 season. It will be the richest contract in NFL history. The […]

KANSAS CITY, Mo. (AP) — The Kansas City Chiefs have made a habit of inciting controversy during the NFL draft in the Andy Reid era by acquiring players that have a history of off-the-field issues. This year, they didn’t even wait until the draft. The Chiefs swung a blockbuster trade with the Seattle Seahawks on […] 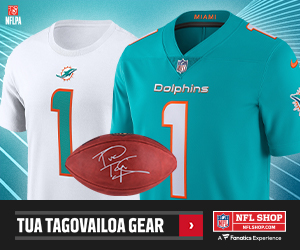